Facebook Has Lost Billions Of Dollars Since Rebranding To Meta 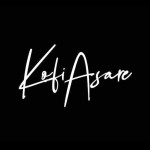 It’s been about five months since Facebook rebranded its parent company as Meta, and it hasn’t been easy. Companies such as Apple and Google have begun to implement privacy changes that are severely limiting Meta’s business model of tracking as much of your personal data as possible in order to sell it back to you. Earlier this month, the company’s stock market share value had dropped by 30%, and things are only getting worse for Meta.

Apple and Google’s privacy measures, which allow users to block Meta’s trackers, are clearly hurting the company’s revenue, but these trackers were already responsible for many users abandoning the platform. Constantly being bothered by random or creepily accurate advertising has turned many people off, but there are other reasons for the decline in popularity.

READ ALSO : How to Find Out Who Has Unfollowed You on Instagram

According to New York Mag, Meta has lost $500 billion since its rebranding, though blaming the new name is probably not entirely fair. It’s the other changes that came with the name, as Zuckerberg appears to be steering the company in an unusual and new direction. The name change to Meta also represented the company’s new direction, with a strong emphasis on metaverse and immersive internet, but it’s not surprising that most people don’t seem to be buying it.

We’ve seen the eerie presentations of not-quite-right-looking digital worlds and worrying capitalist attitudes toward these VR landscapes, and most of us are left scratching our heads. Gamers, in particular, are baffled as to why all of these worlds look so bad in comparison to modern games, and some well-known game developers don’t see the point. It’s a decision that has many people worried about Meta’s future, and the results are pretty clear.

If you earned a million dollars per year, it would take you 5,000 working years to accumulate the amount of money that has leaked out of this company in the last five months. As a result of this decline, the company has dropped out of the top ten richest companies in the world list. It was previously ranked sixth, but has since dropped to 11th place, trailing companies such as Tencent and Nvidia.

Sure, Meta is a company with a lot of money to lose, and Zuckerberg appears to be committed to seeing this whole metaverse thing through, regardless of the cost. Maybe this metaverse bet will pay off, but it’s difficult to see how in its current or even near future state. It remains to be seen whether Meta and Facebook can survive these strange ambitions.

HISTORY TO BE MADE AT TTU

Are you in need of a professional website for your business?
Just click on the button bellow

Get Started
Connect With Me

HISTORY TO BE MADE AT TTU